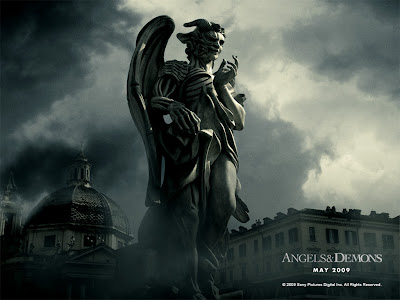 Sex abuse scandals in the Roman Catholic Church are proof that that "the Devil is at work inside the Vatican", according to the Holy See's chief exorcist.

Father Gabriele Amorth, 85, who has been the Vatican's chief exorcist for 25 years and says he has dealt with 70,000 cases of demonic possession, said that the consequences of satanic infiltration included power struggles at the Vatican as well as "cardinals who do not believe in Jesus, and bishops who are linked to the Demon".

He added: "When one speaks of 'the smoke of Satan' [a phrase coined by Pope Paul VI in 1972] in the holy rooms, it is all true – including these latest stories of violence and pedophilia."

He claimed that another example of satanic behavior was the Vatican "cover-up" over the deaths in 1998 of Alois Estermann, the then commander of the Swiss Guard, his wife and Corporal Cedric Tornay, a Swiss Guard, who were all found shot dead. "They covered up everything immediately," he said. "Here one sees the rot".

A remarkably swift Vatican investigation concluded that Corporal Tornay had shot the commander and his wife and then turned his gun on himself after being passed over for a medal. However Tornay's relatives have challenged this. There have been unconfirmed reports of a homosexual background to the tragedy and the involvement of a fourth person who was never identified.

Father Amorth, who has just published Memoirs of an Exorcist, a series of interviews with the Vatican journalist Marco Tosatti, said that the attempt on the life of Pope John Paul II in 1981 had been the work of the Devil, as had an incident last Christmas when a mentally disturbed woman threw herself at Pope Benedict XVI at the start of Midnight Mass, pulling him to the ground.

Father José Antonio Fortea Cucurull, a Rome-based exorcist, said that Father Amorth had "gone well beyond the evidence" in claiming that Satan had infiltrated the Vatican corridors.

"Cardinals might be better or worse, but all have upright intentions and seek the glory of God," he said. Some Vatican officials were more pious than others, "but from there to affirm that some cardinals are members of satanic sects is an unacceptable distance."

Father Amorth told La Repubblica that the devil was "pure spirit, invisible. But he manifests himself with blasphemies and afflictions in the person he possesses. He can remain hidden, or speak in different languages, transform himself or appear to be agreeable. At times he makes fun of me."

He said it sometimes took six or seven of his assistants to to hold down a possessed person. Those possessed often yelled and screamed and spat out nails or pieces of glass, which he kept in a bag. "Anything can come out of their mouths – finger-length pieces of iron, but also rose petals."

He said that hoped every diocese would eventually have a resident exorcist. Under Church Canon Law any priest can perform exorcisms, but in practice they are carried out by a chosen few trained in the rites.

Father Amorth was ordained in 1954 and became an official exorcist in 1986. In the past he has suggested that Adolf Hitler and Joseph Stalin were possessed by the Devil. He was among Vatican officials who warned that J. K. Rowling's Harry Potter novels made a "false distinction between black and white magic".

He approves, however, of the 1973 film The Exorcist, which although "exaggerated" offered a "substantially exact" picture of possession.

In 2001 he objected to the introduction of a new version of the exorcism rite, complaining that it dropped centuries-old prayers and was "a blunt sword" about which exorcists themselves had not been consulted. The Vatican said later that he and other exorcists could continue to use the old ritual.

He is the president of honour of the Association of Exorcists.