Deep insight to the motion picture "The Black Swan" via The Vigilant Citizen. 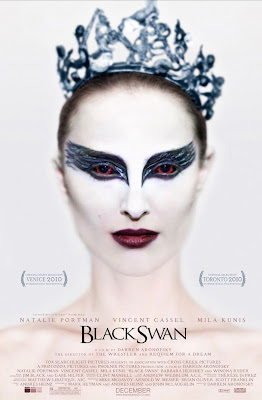 Translation from Latin
“A RARE BIRD in the lands, and Very Like a BLACK SWAN”
From wikipedia:
Juvenal's phrase was a common expression in 16th century London as a statement of impossibility. The London expression derives from the Old World presumption that all swans must be white because all historical records of swans reported that they had white feathers. In that context, a black swan was impossible or at least nonexistent. After a Dutch expedition led by explorer Willem de Vlamingh on the Swan River in 1697, discovered black swans in Western Australia, the term metamorphosed to connote that a perceived impossibility might later be disproven. Taleb notes that in the 19th century John Stuart Mill used the black swan logical fallacy as a new term to identify falsification. 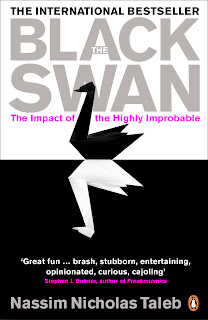 In his 2007 book The Black Swan, author Nassim Nicholas Taleb established what today is widely known as “Black Swan Theory”. The basic premise set forth by Taleb tries to explain:

The disproportionate role of high-impact, hard to predict, and rare events that are beyond the realm of normal expectations in history, science, finance and technology [The event is a surprise]

The psychological biases that make people individually and collectively blind to uncertainty and unaware of the massive role of the rare event in historical affairs. [Via hindsight the event should have been expected with known available data taken into account]

As an eso-researcher, it can be said that I (and others) investigate Black Swan events. Taleb himself points to the events of 9-11 as just such an event, and it was the events of 9-11 that led me to begin Through The Looking Glass in the first place.

On January 5th 2011 fellow researcher Goro Adachi predicted the likely-hood of just such an event on January 8th. The Talented Mr. Adachi couldn’t have been more correct. The Mass shooting in Tucson, Arizona has rocked the Nation, and has simultaneously opened the floodgates (see Australian Floods/OZ) for a full examination.

http://www.goroadachi.com/etemenanki/
The name Tucson, as Goro points out, can be read as “Two Suns”. This is a direct reference to the film “2010: The Year We Make Contact” in which the planet Jupiter is exploded to literally create TWO SUNS. [It is important to also note that the NBA franchise in PHOENIX, AZ. Are known as THE SUNS, plural] Another reading of TUCSON can be “Two Sons” or in this particular case TWINS (a subject covered here before). Interestingly, Goro also introduces the 1999 film “The Astronaut’s Wife” into the equation. The believed target of the Tucson massacre was Congresswoman Gabrielle Giffords, her husband, Mark E. Kelly is an astronaut (A Space Shuttle Commander who is scheduled to Captain the final shuttle mission on April 1st, 2011) as well as a TWIN. His brother is also an astronaut and commander of the ISS Space Station. “The Astronaut’s Wife” depicts time loss in space, an alien intervention, and the birth of TWINS via an extra-terrestrial being. 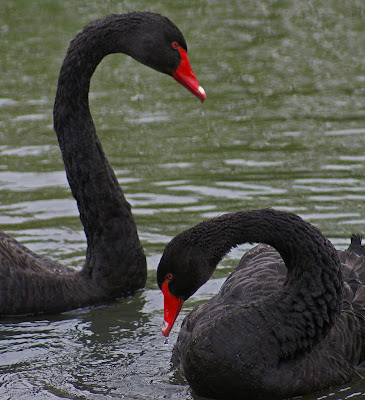 As more details of the Tucson Event have been made public, we have yet again been presented with a young, mentally unstable shooter. The name TUCSON also can be translated as “The base of the black hill” which is surprisingly (or not so) close to Blacksburg (the black mound) which was the site of another mass murder involving a similar MO; previously covered here. In keeping with the pentagram symbolism represented in the work of Goro Adachi, it is also important to note that the city of Tucson, Az. Is surrounded by 5 Mountains which resemble an invented pentagram around the city. [Santa Catalina & Tortolita Mountains to the North, Santa Rita Mountain to the South, Rincon Mountain to the East, and Tucson Mountain to the West]

For the moment let’s return to The Black Swan or at the very least the concept of BLACKBIRDS. Goro Adachi, myself and others quickly reported on the deaths of thousands of Red-winged BLACKBIRDS on New Year’s Eve in the state of Arkansas. Mr. Adachi presented stills from the ABC television show “Flash Forward” in which the mass death of thousands of BIRDS is central to a World Wide “Event”. It is interesting to note that Episode 4 of Season 1 of “Flash Forward” is titled BLACK SWAN. Another popular show that found it’s way into the work of eso-researchers, “Lost” also dealt with time-loss, downed BIRDS, and brought THE SWAN into public consciousness as a major plot device.

In the days that have passed since the Tucson Event, TWO major points have come to light. 8th District Representative Gabrielle Giffords office was located at 1661 (see Mirroring and TWINS here) North SWAN Road, and lone gunman Jared Lee Loughner was referred to by a former classmate as a “rare BIRD” (A BLACK SWAN?).

http://www.nytimes.com/2011/01/09/us/politics/09shooter.html
In his own words, 77 days prior to his deadly real life statement, Loughner posted one of many online “syllogisms” in which he referenced BIRDS multiple times:

"There's something important in this video: There's no communication to anyone in this location. You shouldn't be afraid of the stars. There's a new bird on my right shoulder. The beak is two feet and lime green. The rarest bird on earth, there's no feathers, but small grey scales all over the body. It's with one large red eye with a light blue iris. The bird feet are the same as a woodpecker. This new bird and there's only one, the gender is not female or male. The wings of this bird are beautiful; 3 feet wide with the shape of a bald eagle that you could die for. If you can see this bird then you will understand. You think this bird is able to chat about a government? I want you to imagine a comet or meteoroid coming through the atmosphere." 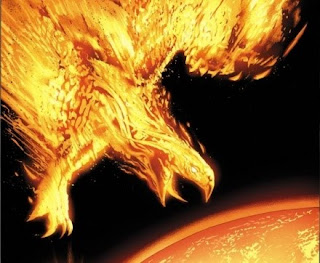 Mr. Adachi bringing it hard in 2011...there really isn't much else to say.

"This Moment to ARise" 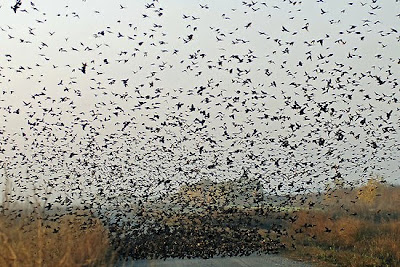 A Tornado of Red-Winged Blackbirds
I don't know if I have any readers left following my incredibly long absence this year...but anyone who has followed my work should not be surprised that my attention has been consumed by the recent deaths of some 5,000 Red-winged BLACKBIRDS in Beebe, AR. ("BEE" farmer).

This mass death is being considered blunt force trauma after poisons, and other modes of death have been ruled out by various sources statewide. Official causes are being presented as confusion created by fireworks on that evening, leading the birds to fly into houses and cars; to one report which suggested that 20 loud booms were reported just prior to the birds demise which was methane gas explosions again attributed to fireworks being shot into the sky.

This bizarre open air bird drop took place Friday, December 31st 2010...during the same period some 80 to 100,000 fish turned up dead in the nearby Arkansas River.

http://articles.cnn.com/2011-01-02/us/arkansas.fish.kill_1_massive-fish-dead-birds-bird-deaths?_s=PM:US
Both events are also tied to a series of tornadoes earlier that day, which swept across Missouri and within 150 miles of Beebe, in Cincinnati, AR. where 3 people were confirmed dead. According to tornado records, only one other tornado has ever been reported at this time of year. Obviously, Arkansas Governor Mike BEEBE ("BEE" farmer) called for a state of emergency.

http://www.examiner.com/natural-disasters-in-national/new-year-s-eve-disaster-tornado-strikes-arkansas-killing-three
Monday, January 3rd 2011 another mass bird death is reported in Pointe Coupee, LA. ("Place of the cut off"). This time 500 birds, mostly Red-winged BLACKBIRDS with Starlings mixed in, fell from the skies dead on impact. January 3rd is not exactly one of the hottest firework display dates on ANY calender, and in my mind rules out all previous attempts to explain the Dec. 31st event.

***Breaking News*** Similar stories are now appearing in Kentucky on a smaller scale, and from Maryland where hundreds of thousands of dead fish are turning up in the Chesapeake Bay. Winter weather conditions are the main culprit in these deaths...

STOCKHOLM — Officials say about 50 birds have been found dead on a street in Sweden.

Veterinarian Robert ter Horst says the cause of jackdaws' (A SMALL VARIETY OF EUROPEAN CROW/BLACKBIRD) deaths was unclear but that fireworks were set off near the scene Tuesday night.

The birds were found dead on Wednesday.

Ter Horst says cold weather, difficulties finding food and possible shock from the fireworks could be responsible, leading to the stressed birds either dying from the stress or being run over by vehicles.

Five of the dead jackdaws found in the city of Falkoping were being tested.

In the U.S., New Year's Eve fireworks were blamed in Arkansas for killing thousands of blackbirds, and a few days later power lines likely killed about 450 birds in Louisiana.

Next time we will delve further into BLACKBIRDS, The New Madrid Fault Zone...and what could be happening in the American South in the coming year.
Posted by FilmNoir23 at 1:32 PM 2 comments: