TRIpoli collapses, Qaddafi no where to be found...

For more on the importance of this reference see my 2008 post entitled "I can't get it out of my head: The Maritime Signals Revisited" :

Biggest quake in 40 years in Colorado

While East Coast Quakes from 5.9 magnitude earthquake centered in Southern Virginia. Effects felt from NC to Maine up Eastern Seaboard.

The notorious West "Memphis" 3 are freed from prison 18 years after being sentenced in the slaying of 3 young kids...[I HIGHLY recommend both documentaries on the case. "Paradise Lost: The Child Murders at Robin Hood Hills" (1996) and "Paradise Lost 2: Revelations" (2000)]

This "triple" triad (TRIDENT) of events coincide with Three massive sandstorms in Phoenix, AZ. this summer. [see: These are the Dustbowl Days] Over in the comments section of Aferrismoon's latest treat "Don't Panic"; Alex Robinson posts "riot"= trio or tri-dent. A more obvious reference to the recent riots across London. 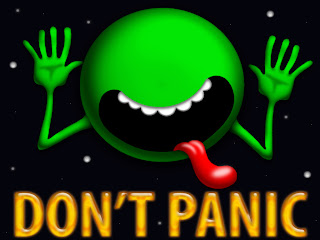 The Fear of Economic Markets Collapsing from The Market Oracle website [LewRockwell]:

Economic Collapse Blog writes: You should let the video footage of the wild violence that just took place in London burn into your memory because the same things are going to be happening all over the United States as the economy continues to crumble. We have raised an entire generation of young people with an "entitlement mentality", but now the economy is producing very few good jobs that will actually enable our young people to work for what they feel they are entitled to. If you are under 30 in America today, things look really bleak.

The vast majority of the good jobs are held by people that are older, and they aren't about to give them up if they can help it. It is easy for the rest of us to tell young Americans to "take whatever they can", but the reality is that there is intense competition for even the most basic jobs. For instance, McDonald's recently held a "National Hiring Day" during which a million Americans applied for jobs. Only 6.2% of the applicants were hired. In the old days you could walk down to McDonald's and get a job whenever you wanted to, but now any job is precious. The frustration among our young people is palpable. Most of them feel entitled to "the American Dream" and they feel like the system has failed them. Unfortunately, many of them are already turning to violence. But the economic riots and the civil unrest that we have already seen are nothing compared to what is coming. Americans are angry, and as the economy continues to collapse that anger is going to reach unprecedented heights.

In recent days, even many in the mainstream media have been openly wondering if the riots that happened in London could happen here too. There is a growing acknowledgement that this country is headed down a very dark path.

The sad thing is that these riots accomplish absolutely nothing. The recent London riots did not create any jobs and they certainly did not solve any economic problems. Instead, they actually hurt the economy even more because a huge amount of property was destroyed and people are even more afraid to continue with business as usual.

But when people get to the end of their ropes, most of the time they are not thinking rationally. When frustration erupts, the results can be very, very messy.

All over the United States we are already seeing some very troubling signs of the violence that is coming. The following are 10 signs that economic riots and civil unrest inside United States are now more likely then ever....

#1 Going to the state fair used to be such a fun thing for American families to do. But now no place is safe. The following is how one local ABC News affiliate described the "flash mob" attacks that took place at the Wisconsin state fair recently....

Milwaukee police said that around 11:10 p.m., squads were sent to the area for reports of battery, fighting and property damage being caused by an unruly crowd of "hundreds" of people. One officer described it as a "mob beating."

Police said the group of young people attacked fair goers who were leaving the fair grounds. Police said that some victims were attacked while walking. They said others were pulled out of cars and off of motorcycles before being beaten.

One eyewitness said that the flash mob attacks at the Wisconsin state fair absolutely overwhelmed the limited police presence that was there....

When I saw the amount of kids coming down the road, all I kept thinking was, 'There's not enough cops to handle this.' There's no way. It would have taken the National Guard to control the number of kids that were coming off the road. They were knocking people off their motorcycles.

#2 According to a new Rasmussen survey, 48% of Americans believe that reductions in government spending are "at least somewhat likely" to result in civil unrest inside the United States. Unfortunately, perception often greatly influences reality.

#3 U.S. consumer confidence is now at its lowest level in 30 years.

#4 Joblessness among young Americans is at an epidemic level, and when rioting does break out it is usually young people that are leading the way. That is why the following statistics from an article in The Atlantic are so troubling....

One in five Americans are between 15 and 29-years old. And one in five of those Americans are unemployed. For minorities and the under-educated, the picture is much worse. Black teenagers have an unemployment rate of 44 percent, twice the rate for white teens.

#5 We are starting to see mindless violence in a lot of areas that used to be considered safe. In Kansas City on Saturday night, three young people were hit with bullets as they walked the streets of the Country Club Plaza. Mayor Sly James was about 50 yards away when the gunfire erupted. Authorities in Kansas City are considering a stricter curfew for that area.

#6 "Flash mobs" have become such a problem in Philadelphia that the mayor has imposed a strict curfew on young people. Now all teens between the ages of 13 and 18 must be indoors by 9 o'clock at night. The mayor also says that teens need to start pulling up their pants....

"Pull your pants up and buy a belt ’cause no one wants to see your underwear or the crack of your butt."

#7 All over the United States we are seeing that many struggling Americans will do just about anything for money. For example, in Detroit recently three masked men crashed a vehicle through the entrance of a gas station and took off with an entire ATM machine.

#8 Desperate people do desperate things. Many of America's "forgotten poor" are trying to survive any way that they can. For instance, a group of vagrants recently set up "a makeshift camp" near Prospect Park lake in Brooklyn. According to the New York Post, many nearby residents have been disturbed by what these "drifters" are doing to survive....

The drifters have been illegally trapping and cooking up the critters that call the park home, including squirrels, ducks and swan-like cygnets.

They used crude tactics to hunt their prey, including barbed fishing hooks that ripped off the top half of one poor gosling's beak. They then cooked the meat over illegal fires. Some of the animals were eaten raw.

#9 According to CNN, sales of safes and vaults are absolutely soaring right now. One store owner told CNN that she believes that she is selling a lot more safes now because people are scared that civil unrest could be coming....

"Folks are worried about the decreasing value of the dollar, burglaries on the rise in their neighborhoods ... and even the possibility that the unrest we are seeing in other parts of the world slipping over to our country."

#10 Over the past 100 years, the American population has moved steadily into our big cities and the surrounding suburbs. This has created virtual "ghost towns" in our rural areas from coast to coast. Back in 1910, 72 percent of Americans lived in rural areas. Today, only 16 percent of Americans live in rural areas. But when you crowd huge masses of people close together that makes riots and civil unrest much more likely.

Millions of very frustrated young people believe that the economic system has failed them and that the political system no longer holds any answers.

America is rapidly approaching a breaking point. I have written previously about the collapse of society that we are already witnessing all over the United States. When the economy totally breaks down, most Americans are not going to be able to handle it.

Sadly, instead of coming together and trying to do something productive, many Americans will resort to rioting, looting and civil unrest. We have already seen this during local emergencies such as Hurricane Katrina.

Unfortunately, logic and reason are not going to be enough to stop the gigantic wave of frustration that is coming. For most of the rest of us, it will be hard enough to get out of the way and protect our own families from the economic riots and the civil unrest that are coming.

The thin veneer of civilization that we all take for granted is starting to disappear. Hatred and anger are growing by the day. The United States is becoming a very frightening place.

So get ready. Our politicians certainly don't have any answers for us. The debt ceiling deal was a complete and total joke, and corruption is absolutely rampant in Washington right now. Barack Obama is getting ready to leave for yet another vacation, and most of our politicians are only focused on the next election.

So don't expect a "miracle" from those that are supposed to be leading us.

They don't care about you.

You need to take care of yourself and your family and your friends.

A massive economic collapse is coming, and most Americans are going to be totally blindsided by it.

Don't let that happen to you.

These are the Dustbowl Days (UPDATED)

The third Haboob of the Summer hits The Valley of the SUN.
July 5th & 18th, and August 18th 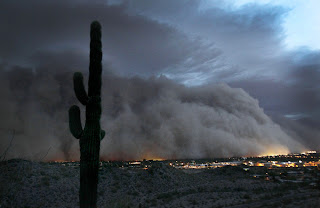 One of the two Phoenix "haboobs" from earlier last month 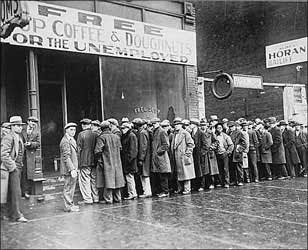 ...Except this time THEY really mean business 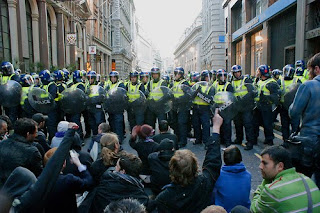