"The Once and Future King"

"We find that at present the human race is divided into one wise man, nine knaves, and ninety fools out of every hundred. That is, by an optimistic observer. The nine knaves assemble themselves under the banner of the most knavish among them, and become 'politicians'; the wise man stands out, because he knows himself to be hopelessly outnumbered, and devotes himself to poetry, mathematics, or philosophy; while the ninety fools plod off under the banners of the nine villains, according to fancy, into the labyrinths of chicanery, malice and warfare. It is pleasant to have command, observes Sancho Panza, even over a flock of sheep, and that is why the politicians raise their banners. It is, moreover, the same thing for the sheep whatever the banner. If it is democracy, then the nine knaves will become members of parliament; if fascism, they will become party leaders; if communism, commissars. Nothing will be different, except the name. The fools will be still fools, the knaves still leaders, the results still exploitation. As for the wise man, his lot will be much the same under any ideology. Under democracy he will be encouraged to starve to death in a garret, under fascism he will be put in a concentration camp, under communism he will be liquidated."
— T.H. White (The Book of Merlyn: The Unpublished Conclusion to The Once & Future King) 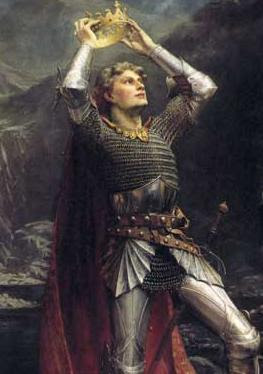 The Candle in the Wind was intended to be the next to the last book and therefore does not leave the story with the conclusion that T.H. White had originally intended. The book was never published as a separate volume like its predecessors, only in The Once and Future King. The action that is included in the book is the confrontation between Morgause's sons: Agravaine and Mordred, and the King himself. Mordred shows his hatred for his father and wants to destroy all that Arthur has built. To achieve this purpose he exposes Lancelot's affair with the Queen and tries to rile arms against Arthur. During this turmoil, Arthur continually tries to remember Merlyn's teaching and wish that his old friend were by his side again. The book ends with Arthur, on the eve of his final battle with Mordred, sending a young page named Thomas back to his homeland to keep the ideals of Camelot alive. This becomes the analogy with the title of the book. Thomas is to keep the Candle lit, as Arthur did in the Wind (analogizing life's turns).
—Brett J. Millán M., 1997 (phoenix9@hiline.net)

http://www2.netdoor.com/~moulder/thwhite/toafk_a.html
Book four of T.H. White's THE ONCE AND FUTURE KING is entitled THE CANDLE IN THE WIND which just so happens to mirror the Elton John song originally written for his 1973 YELLOW BRICK ROAD album as tribute to Marilyn Monroe but which would later become the highest selling single of all-time; when it was re-released as tribute to the befallen DIANA Princess of Wales.

The Guinness Book of Records 2007 states that "Candle In the Wind 1997" is the biggest-selling single "since records began," but that Bing Crosby's "White Christmas " has sold the most copies.John said he would never again sing this version live except at the request of Prince William of Wales or Prince Harry of Wales

***BREAKING NEWS*** This was obvious, wasn't it?
http://www.spoonfed.co.uk/spooners/spoonfed-live-music-team-8190/elton-john-to-reprise-princess-diana-favourite-candle-in-the-wind-for-royal-wedding-4943/
"Yes, indeed. Spoonfed can exclusively reveal that Sir Elton John will be performing an updated version of his classic 1973 hit ‘Candle in the Wind’ especially for the Royal Wedding between Kate Middleton and Prince William this April.

A source close to Clarence House has been quick to confirm the rumours: “Sir Elton has been a fantastic servant to the Royal household, both William and Kate are big fans, and we're all delighted that Elton has decided to dedicate a song to their momentous day.” 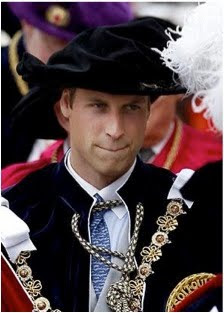 Some symbolic dates are resonating just prior to and just after the upcoming Royal wedding of the actual ONCE AND FUTURE KING; William ARTHUR Philip Lewis...

April 23rd: St. George's Day which is the most sacred day to members of The Most Noble Order of the Garter. To which Prince William is a member.

May 1st: Labour Day or Beltane

On April 29, 2011, HRH Prince William will wed Catherine Middleton. Three days later, England will celebrate the official 400th anniversary of the King James Version of The Holy Bible. Produced during the lifetime of William Shakespeare, the King James Version of the Bible was commissioned by King James VI of Scotland and I of England and took seven years for translators to complete. It is one of the most frequently used Bibles in the English-speaking world, particularly in the United States. In 2009, Barack Obama took the oath of office on the same King James Bible used by Abraham Lincoln in 1861.

For other resonators seeping into the cultural unconsciousness to complete the mystique...The dragon's breath so-to-speak; make sure to see my previous post THE GODDESS RETURNS .

"I believe Wills can rebuild Camelot, and I will be his Merlin. Together, we will return to the chivalry, pageantry, and the Glory that was King Arthur's Court."
Diana spoke of herself as Merlin, and to her son William as ARTHUR...Consider the true nature of Merlin as prophet and druid, and less as wizard or magician. 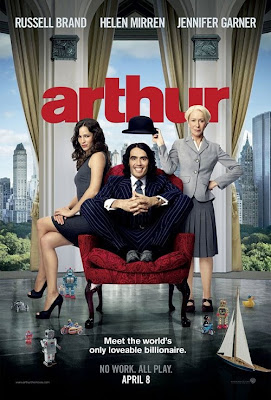 High profile U.S. television personality Judge Judy is the fourth broadcaster in the past four months to exhibit uncontrollable loss of normal vocalization on-air, to what amounts to speaking in tongues...