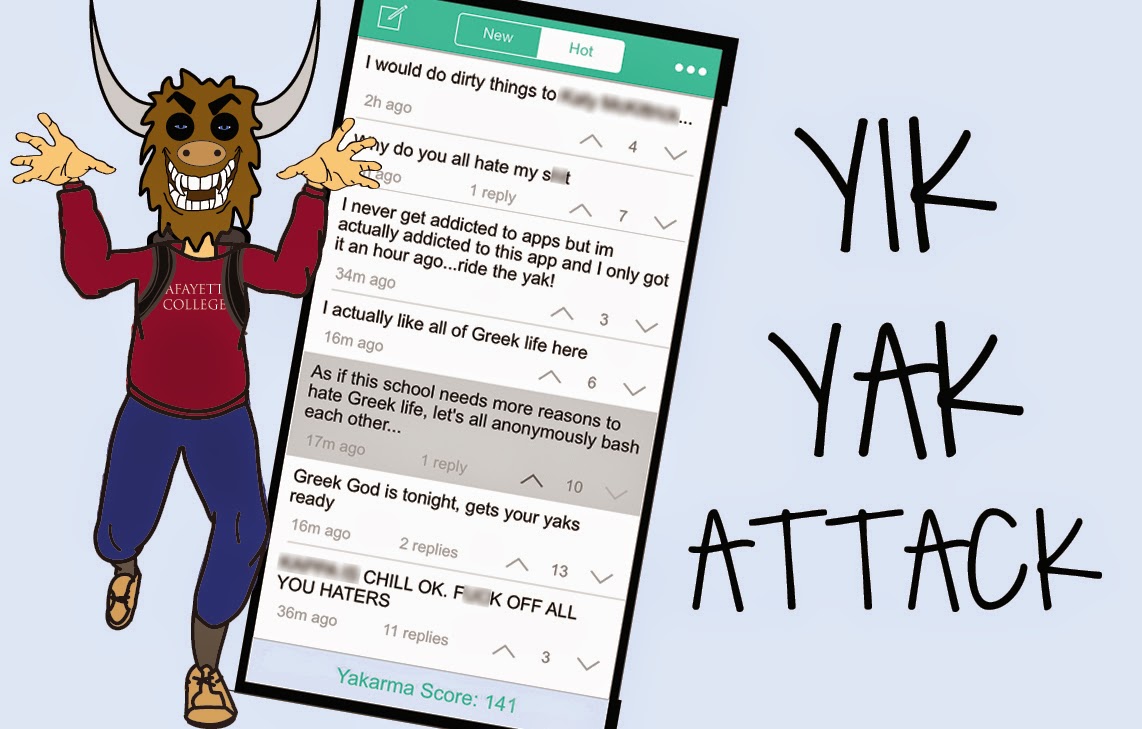 The social media application Yik Yak appears to be being used this week to target schools with threats of possible violent events.

Today, The University of Georgia in Athens was the latest of four targeted over the past several days. According to the school newspaper The Red and Black , the following message was sent via Yik Yak:

Within the hour, the all clear was given by local first responders and the situation resumed to normal.

Yesterday a similar threat went out via Yik Yak at Indiana State University in Terra Haute.  It reportedly read, "I wonder if this school shooting is going to go as planned tomorrow." (Tomorrow meaning Thursday.) Thus far what differs between the two events is that a second alert went out at Indiana State. The timing of posts to Yik Yak were both roughly around 12:00 noon.
The university issued the second alert early Thursday afternoon after a note was found in a bathroom at University Hall about 12:40 p.m.That note read, "Start shooting at 1:15 be ready. Jihad," campus police said.

In Yorktown, New York on Wednesday a 15-year-old Yorktown High School student used Yik Yak near the high school campus and posted anonymously that the "school would explode," According to the report,
"The app's posts can only be viewed by other users within a 1 ½-mile radius, police said. But police used GPS tracking associated with the smartphone app to zero in on the boy's home. Yik Yak assisted with the investigation."

On Tuesday September 16th, another 15-year-old, this time in Mount Sinai, New York was arrested. "Police said the ninth grader used a social media app called Yik Yak to make the threats. He allegedly posted that there would be a shooting at the school and then he was “going to blow it up” on Tuesday."

A statement was released by Yik Yak in regards to the event in Mount Sinai: “Yik Yak was created to provide users with a forum for positive, hyper-local interactions. We strongly discourage any misuse, and make a point to monitor traffic and work with law enforcement and other officials when posts are violent in nature. In this instance, we immediately helped Suffolk County police identify the location of the individual to help with the investigation and arrest.”

For a comprehensive and well written examination of Yik Yak and it's pitfalls see the following article April 18th, 2014 from The Lafayette @ Lafayette College.


And, just two days ago this article in The Pendulum @ Elon University in North Carolina was posted.

Back in January of 2011 odd things were happening in Arizona and elsewhere. The Jared Lee Loughner shooting spree in Tucson, followed by the mass BLACKBIRD deaths in Arkansas & Louisiana. 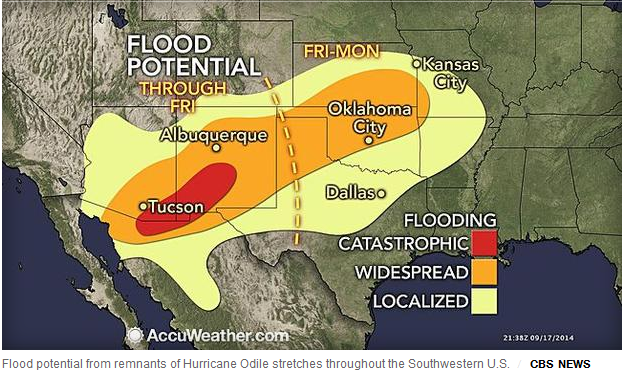 This week, enter Hurricane/Tropical Storm ODILE (BLACK SWAN). The remnants of the storm are creating major flooding across the American Southwest, with TUCSON (TWO SUNS) caught directly in the crossfire. It was around the same time in 2011 that major regional flooding was taking it's toll in Australia/OZ. The BLACK Flag of ISIS

We learned today that an ISIS led terror plot was uncovered in Australia/OZ. The general details of the plot involved a " -- a killing, Australian media reported, in which alleged assailants planned to kidnap a member of the public, behead the victim and then drape him or her in an ISIS flag." ---CNN report

Yesterday, September 17th 2014 it was reported that credible threats exist to the 77 year old Pope Francis by ISIS. "Jihadists from Islamic State of Iraq and Al-Sham have in recent weeks boasted of wanting to extend their so-called caliphate to Rome, and have talked of planting the jihadi black flag on top of St Peter’s Basilica." 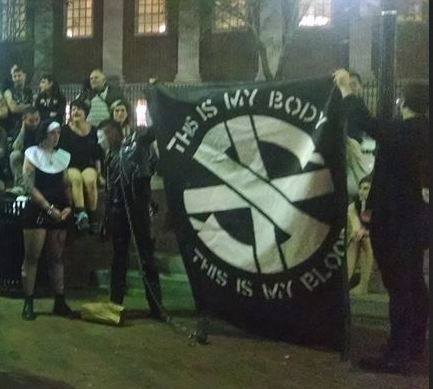 Least we forget that The Satanic Temple will be holding a BLACK MASS on September 21st 2014 at the Oklahoma City Civic Center. The events 88 tickets are sold out and is under heavy protest by Christians. Oklahoma mayor Mary Fallin called the black mass "a "disgusting mockery of the Catholic faith," saying that it should be "equally repellent to Catholics and non-Catholics alike.""

Looking forward it is important to keep in mind that as we explored back in 2011, a BLACK SWAN portends an unlikely event with THREE very specific elements. 1) The event is outside normal possibilities or expectations. 2) It has an extreme impact. and finally, 3) It's existence can only be comprehended after the fact. Therefore, it is virtually impossible to consider what might be coming up...
Posted by FilmNoir23 at 11:07 AM 2 comments:

Keep Your Heads Down: ICE & Fire

When you enter the rabbit hole or peer into the looking glass, anything is possible and yet nothing is as it seems...

***Author & Researcher Loren Coleman is hot on the trail with his up to the moment post entitled:***

Second Western Journalist Beheaded by ISIS (IS? or ISIL?). Can we expect a THIRD? 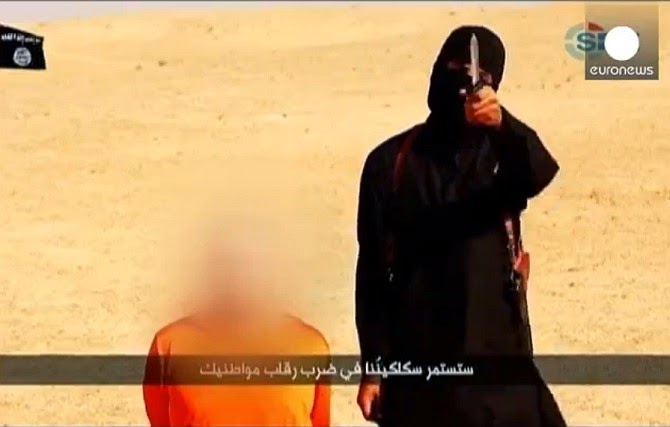 The now grim image of ORANGE associated with recent beheadings. 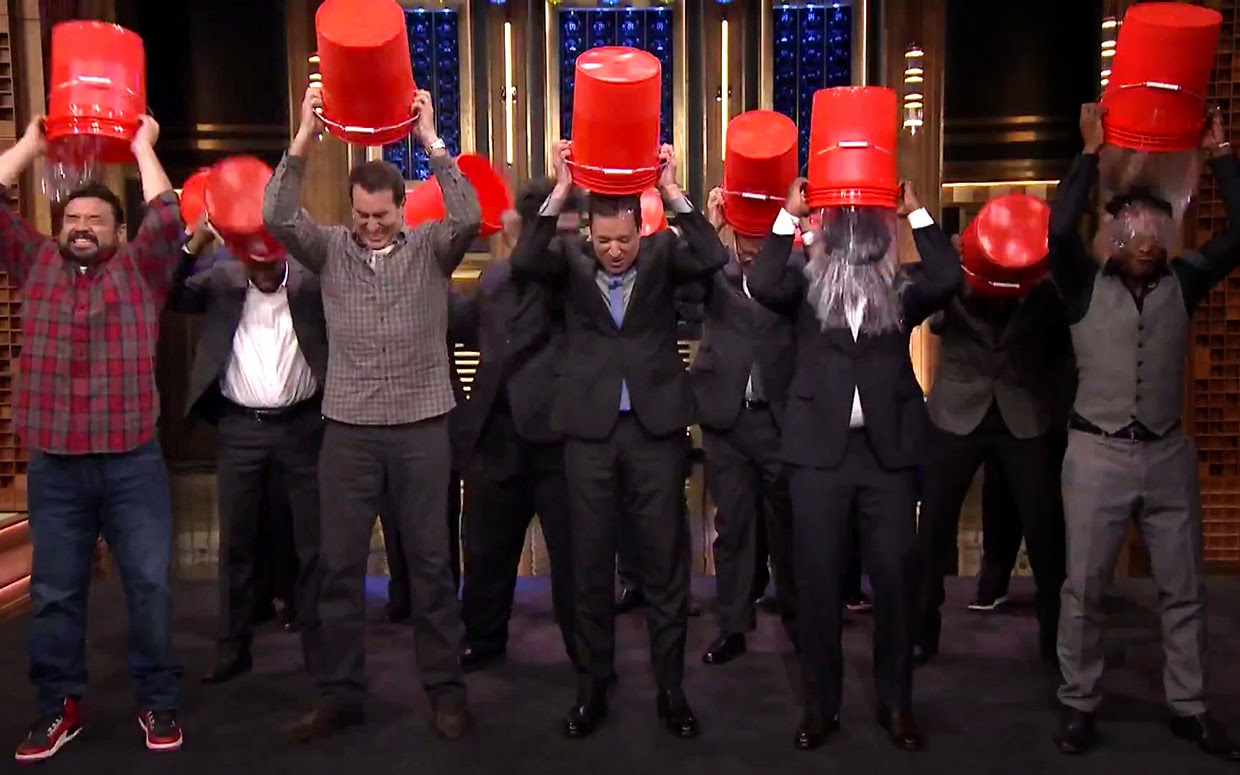 As Above, So Below...ORANGE buckets over many a head these days 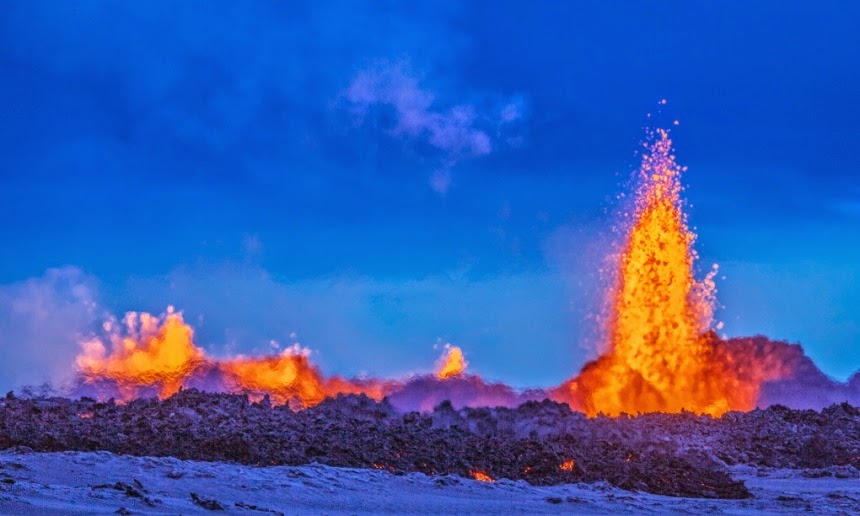 The familiar glow of ORANGE lava flowing from the ICElandic volcano

THIRD (Trident) American to return from Africa with the Ebola virus:

I expect researcher Goro Adachi to be hitting us with something EARTHSHAKING in the coming days too. His recent Hell Gate (see VP Joe Biden's "Gate's of Hell" speech here) workings have been hitting the mark. 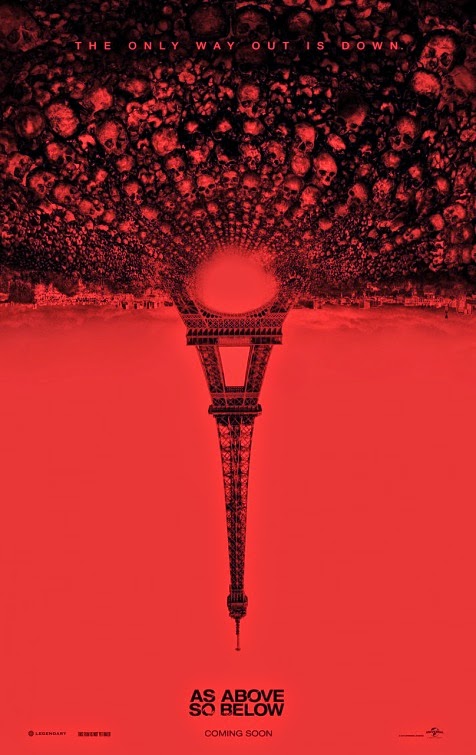 "As Above, So Below" in theaters now, the Gate to Hell is discovered in the catacombs beneath the city of Paris.

In a shrewd bit of synchronistic predictive programming, HBO unleashed author George R.R. Martin's series of fantasy novels known collectively as "A Song of Ice and Fire" upon us as "Game of Thrones". The wildly popular show has produced no less than five decapitation deaths to major characters over the first four seasons. The producers even managed to slip the head of George W. Bush into a scene which included dozens of random heads on spikes. Officials for HBO later apologized on behalf of the shows creators for the egregious inclusion of the likeness of the former President's likeness.