When the Levee Breaks...

So, what would happen if a massive earthquake took place along The New Madrid Fault at a time when a great deal of that area is already flooding at historic levels...? My regular readers will no doubt realize that I am NOT suggesting The Rapture is coming this Saturday...but there are some ominous events which seem to be culminating this weekend. 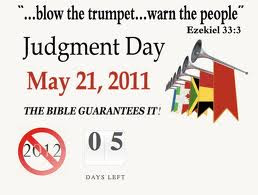 The New Madrid Seismic Zone (NMSZ) has received a lot of media attention lately, as the area has been subject to record flooding, monster tornadoes , increased seismic activity, thousands of mysterious Red Winged Blackbird and fish deaths, sinkholes, and most recently, levees being bombed by the US Army Corps of Engineers. 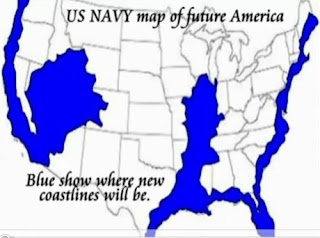 Although initially when many people hear the name “New Madrid” automatically think it is located somewhere in Spain, this sleeping giant's fault line actually lies smack dab in the middle of the Midwestern and Southern United States. The name does however share some Spanish roots, as it is named after the town of New Madrid (located in the state of Missouri). Back in 1788 when this town was part of the Louisiana territory, it had been a colony of Spain. Historically, this town is best known for notoriously being ravaged by 1000 earthquakes between 1811-1812 when the “Great Quakes” measuring magnitude 7+ rattled the region. It is from this town's name and the infamous wrath that plagued it, that the name “New Madrid Seismic Zone”was born.

The New Madrid Fault Line runs 150 miles and lies beneath the states of: Alabama, Arkansas, Illinois, Indiana, Kentucky, Mississippi, Missouri, and Tennessee. It not only crosses 5 state lines, it also cuts the Mississippi River in three places and the Ohio River in two places.

Although hidden, the fault is active, and measures more than 200 measured events a year. Outside of the west coast, it is the highest earthquake risk in the United States. Although not as active as the San Andreas Fault in California, when this sleeping giant awakens , the destruction covers 20 times the punch because of the mere scope of the geographic area it encompasses. Recently, Arkansas was (for the most part), the area along the fault that saw the most recent seismic activity. In fact, the number of quakes Arkansas experienced in 2010 was almost equivalent to what the state experienced in the entire twentieth century.

The active faults within the NMSZ are poorly understood and cannot easily be studied like other active fault regions (like California) because they are not expressed at the ground surface. Complicating matters further, the faults are hidden beneath a couple hundred feet of thick layers of soft river deposited soils called alluvium. Since alluvium is very soft, it erodes in a very short time or may be quickly covered over by new deposits, thereby quickly hiding evidence of earthquake fault lines.

According to some scientists, the possibility of a major earthquake measuring 7.5 or greater happens every 200 years. The last time it occurred in this region was the Great New Madrid Earthquake of 1811-1812 so I guess we are right on schedule should the giant awaken from his 200 year slumber.

FEMA (Federal Emergency Management Agency) is conducting a National Level exercise within the New Madrid region on May 16th. [The exercises actually runs until Friday the 20th...the supposed EVE of The Rapture] The purpose of this training exercise is to simulate the catastrophic nature of an earthquake of this magnitude within this region. With 2011 being the bicentennial anniversary of the great quakes of 1811-1812 holding these exercises at this time is quite fitting.

One does not have to look very long for information about the New Madrid fault line the web is a buzz with countless conspiracy theory views of how HAARP(High Frequency Active Auroral Research Program) will initiate a quake in this region. Many bloggers question why FEMA ordered emergency blankets, underwater body bags, food and water for 7 million survivors within the New Madrid Seismic region, and question why they would spend so much money on something that may happen? Other bloggers speculate that natural gas “fracking” is causing disastrous cracking in the fault line, weakening it further, and that if an earthquake does happen, the natural gas locations would blow in a domino effect like fashion one after the other. Other conspiracy Theorist warn that several nuclear facilities lay along the New Madrid Fault Line and that what recently occurred in Fukushima Japan could actually occur on US soil. Other bloggers point out the striking resemblance of geographic flooding in the NMSZ region as almost identical to that depicted in a future map of the USA (put by the US Navy) that shows the US West Coast , The New Madrid Seismic Zone area , as well as the Eastern seaboard as being all submerged under water. Others speculate that the US Geological Centre (USGC) is taking down larger scale earthquakes in the NMSZ as quickly as they prop up on their website and that there is an ever growing mass media “black out” on mysterious events that have plagued the USA.

With the active fault lines not visible to the naked eye, making it difficult for scientist to study, it may be difficult with 100% accuracy to speculate when the next “Great Quake” will occur. If it does occur within our lifetime, it is estimated that its effects would damage 20 or more states with the state of Missouri alone having sustained at least $6 billion in loss and damages. It is difficult to fathom the devastation of such an event. Something like this could literally split the US in two causing their economy to plummet further and the loss of life would be enormous. Only Mother Nature knows when “Her Giant” will awaken, but I do hope that this “Giant” will remain asleep for a very long time experiencing only dreams of awakening.