"Breaks in three submarine cables which link Europe and the Middle East have disrupted Internet and international telephone services in parts of the Middle East and South Asia, officials said on Saturday (Dec. 20th 2008)

Residents said Internet service was either non-existent or very slow. The gravity of the outage, caused by breaks in cables in the Mediterranean off Italy, varied from area to area and according to the service provider."

In an ongoing story which must have millions of people tapping their fingers while blankly staring at hourglasses on computer screens, a third under sea communications cable has been found "cut". This time directly off the coast of the world's most bizarre, and fastest growing cities, Dubai.

http://www.cnn.com/2008/WORLD/meast/02/01/internet.outage/index.html
Officials state that the crippling internet outages will likely not be fixed until February 12th, and that ships anchors are the current suspects...really? Whatever you say...

In a time when financial markets the world over are perched daily on the edge of collapse; this can't be good news. Asia, the Middle East and North Africa have been most effected by the severed cables. 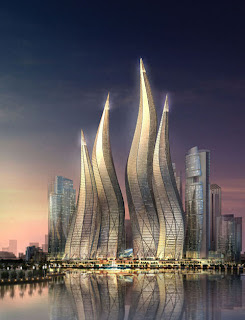 The Dubai Lagoon Project where the future is NOW
http://www.burjdubai.com/
Posted by FilmNoir23 at 12:53 PM

Thanks for posting that Todd! It ties into Goro's work ( the date of the "FIX")

I do not believe the Anchor story they put out..first off what is the chance of breaking 3 cables at the same time?..willing to bet the odds are in the millions to one. Secondly typical undersea cables are 3-6 inches in diameter.. and if I understand what they said, this happened 50 kilometers offshore..why would they set anchor there? Thirdly most all anchor types are designed to not to move(thats why they are called anchors).. only 1 type can drag and even if it did the cable(s)would move and in all probability not break. The anchor would have to land directly on it/them ..even higher odds. I watched a documentary on undersea cable repair and none of this makes sense..there is much more to this I feel.. thanks again for the post and has my feelers/antenae full attention.

Bee Well and have a great day!

truthseeker.uk has a pretty good idea at who the perps are. They claim that 3 of the 4 deepsea cables have been sabotaged. could this have anything to do with Bush's declaration of NSA counter-attacks on cyber threats? If so, it would seem yet another red-herring as those supposed hacks came from Chinese IP's, well known to be used by Israel. Sibel Edmonds eluded to this in one of her Scott Horton interviews back in 2005.

Interesting. Mercury was conjunct the Moon during the day on the 20th too, and it did go retrograde in May, Actor Jeremy Piven also suffered Mercury poisoning the day before too.

A little unrelated my friend ~ But I sadly wanted to inform you that they took our Hyperdimensional video off of youtube because I put the song Kashmir in there! I will be amending it without said song ~ and posting it to my sister channel in HD. Whenever I hear a 'deep ocean' internet cable has been cut I think of the internet consciousness having a brief lapse in mental clarity.. But there's no shutting Pandora's box. Cheers ~ S

Ahh ~ Nevermind.. you can strike that last post.. They left Hyperdimensional bee's alone.. But took down 2 of my other vids.. This means war.

this happened last year too...around a specific time frame with many specific things going on...

i get a feeling it is "re-routing" connected.