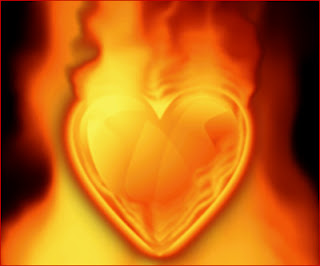 More out of control Fire along the Pacific Rim aka The Ring of Fire. For a FULL recap head on over to Loren Coleman's Copycat Effect here!

SEOUL, South Korea — Four people were killed and about 70 others injured after a fire set as part of a traditional South Korean festival spread out of control, police said Tuesday.

The accident happened when organizers set fire to reed-like plants at the top of Hwawang mountain in southeastern South Korea on Monday night as part of the full moon festival, said Park Joong-soo, an officer at Gyeongnam Provincial Police Agency.

The blaze, fanned by sudden winds, spread over firebreaks, forcing spectators to flee. Four of them, who were on top of a large rock to get a better view of the festival, fell about 10 yards to their deaths while trying to dodge the fire, according to Park.

He said the fire left about 70 others injured, with four or five suffering serious burns.

Park said there were about 15,000 spectators at the scene.

It is a South Korean tradition to set fire to grass along rice fields on the night of the first full moon of the Lunar New Year in the belief that it helps bring good harvests and drives out evil spirits, though it is no longer widely practiced.

This year's first full moon on the lunar calendar fell on Monday. South Koreans celebrated the start of the Lunar New Year on Jan. 26.

The county government in Changnyeong, about 162 miles southeast of Seoul, has organized the fire festival about once every two years since 1995.

Who could possibly think it's a good idea to play with fire at this point in time? Either people sleepwalking through the Apocalyspe or not-so-merry pranksters.

That's a REALLY great question Christopher! How about those that seem pretty cock sure THEY won't get burned...but are starting to find out otherwise?

I was just watching Ink Heart, Paul Bettany plays Dustfinger, a fictional hero summoned from text into reality only to find his magical ability to play with fire is gone when he gets burned.

Lovely post, that. Morphic resonance? It's karma. They EAT dogs & cats. S'funny, though, I set MY head on fire, just after turning twelve, thirty-nine years ago. Might I recap? Here's the tale.

Ya see, my Aspergian brother, Rob, and I had gain'd favour with the neighbourhood kids, building a two foot deep hole. It was bearly half a foot wide.

We'd all taken to amusing one another by throwing incendiaries down it, a favourite being "ash cans" ignited after putting an upside-down garbage can over the aperture. Fwoom! Took off like a rocket.

So, one day it rain'd. The kid in back had brought petrol over the day before. What did I 'Gno", gas floats, right?

Page after page of crumpled up NY TIMES pages went down into the dimly lit tunnel, the damp of the recent rainfall impeding its combustion.

The remedy? Why, me, bending into it, acting as a fireplace bellows.

Imagine my shocked surprise when a column of fire, a second-long in life, jetted out to engulf my head.

I well remember every single eyelash acting as a fuse to kiss the rim of my orbits, a long trail of white smoke following me inside the house.

Fortunately, my Ancestors MUST'VE seen greater plans for me; I sustain'd no lasting damage.

Thank you for this.

Check out my post about we are in the middle of a Mayan Fire Ritual.

Also the synch with J. PHOENIX on David Letterman.

Todd, sorry this is off-topic. Just wanted to let you know your Red Ice interview inspired me to post on my blog regarding the Octo-Mom.

Take a read if you a have the time.

Thanks for the inspiration!
Vile Veil