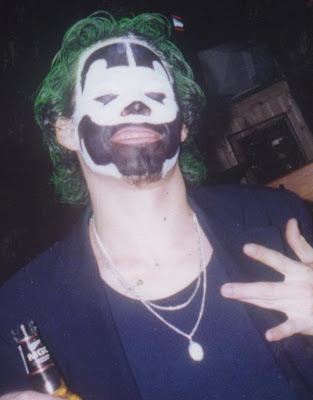 Second Death of the Joker. Canadian victim Tim McClean
***Loren Coleman has posted an updated and thorough compilation of all the current (and past related) information on the Winnipeg Bus decapitation/Dark Knight curse. Well worth checking out!!!!

Joker's Card, Jokawild and decapitations
According to a facebook tribute page [here] to Canadian bus victim Tim McClean (who incidentally worked for a carnival), his favorite band was The Insane Clown Posse...and he was known as JoKAwiLd (which according to his myspace page was tattooed across his back)...Mix this with the death of Heath Ledger, can this get any weirder at this point? 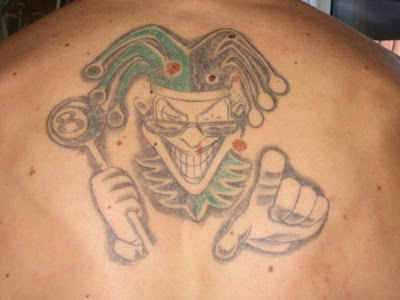 Tim McClean's JoKAwiLd tattoo
here is the text from the facebook page:
R.I.P Tim McLean, You are loved and you will be missed dearly! that man will pay for what he did! we love you! we miss you! and cant wait to see you again! L.T is in good hands! You will still be known as JokAwild . just letting you know. this group in now launched world wide. Tims favorite band was I.C.P (Insane Clown Posse) Thats the reason his face was always painted. http://www.insaneclownposse.com/carnival.php?version=wicked He always made peope laugh, and not just laugh but cry from laughing so hard. People say no ones perfect. But somehow Tim acheived the impossible.
In statements from his friends and family, Tim will always be remembered for his infectious laugh...

In related news, the individual being held for the bizarre; almost ritualistic killing, Vince Weiguang Li was quoted as having stated to police at the scene "I have to stay on the bus forever”. It has also been released that a plastic bag was found in Li's pocket containing a ear, nose and part of a mouth...what is not clear from this statement is to whom do these body parts belong. In a rather eerie similarity, Heath Ledger's Joker in the new film describes the brutal disfiguration of his own mouth several times in the film.

We can already see how this tragic event is going to further impact the ability for everyday people to travel freely, as the victims friends and family are already calling for stricter legislation on bus travel. Greyhound has stated that it will review it's current polices. A recent Canadian advertising campaign has also been suspended as a result of the attack. 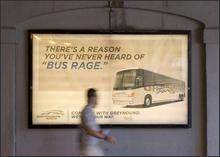 I'm curious as to what the reason WAS?
http://peeringthrough.blogspot.com/2008/01/jokers-wild-part-i.html

One of the most interesting/weird synchs of the year. What does it mean? There goes that 8 again as well.

This is a great post Todd, thanks for tweaking my sync nodes! Your connections are entirely spot on.

I carry on at gosporn, via The Fool tarot.

Tim McLean seems to be showing us the same Freemasonic hand signal Hollywood stars do.

I'm not so sure they are Freemasonic in nature. If you can show me that they are I'd be VERY interested in seeing.

They are most likely "gang" signs adopted by kids via pop culture.