Anyone familiar with my entire body of work will surely know that some of my earliest posts centered around the ancient mid-April festival of Cerealia, held in the honor of the Roman Goddess CERES. One of the "highlights" of the Cerealia was the porca pracidanea, the ritual sacrifice of a PIG. In previous articles over the past two years, I have attempted to exhibit some the "pork" related happenings which also seem to coincide with a bloodier human ritual which has become common place during approximately the same dates of mid-April [see Ok. City, Columbine, Virgina Tech]. Just when I thought we had turned the corner this year, and we wouldn't be seeing any signatures of what I had previous called "The Ceres Death Ritual"...the sickle dropped. 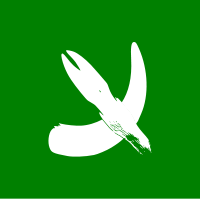 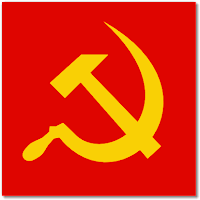 The Horn & Hoof flag from "Animal Farm" as stand in for the Hammer & Sickle...the Sickle (?) also serves as the symbol of Ceres.

An outbreak of SWINE Flu, has the world on edge...a shooting here in Athens, Georgia [ATHENA], Ft. Walton Beach in Northwestern Florida and finally yesterday at Hampton University in Virginia [VIRGIN] appear to round out this year's cycle. Researcher and oft cited Loren Coleman has found perhaps the most intriguing story connected with the current SWINE Flu scare...it appears that President Barack Obama came into direct contact with a recent victim of the killer flu on his recent trip to Mexico. Has anyone else noticed how bad things seem to follow this man around where ever goes?

Also of note, the attempted multiple homicide shooting (two were injured as well as the shooter who turned his gun on himself) at Hampton University took place less than a stones throw from Smithfield, Virginia which is home to the headquarters of Smithfield Foods; originally thought to be one of the primary points of origin of the SWINE flu outbreak, Smithfield Foods claims that no pigs at either of it's two Mexican processing centers are infected. 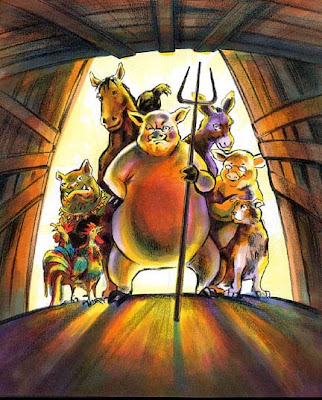 Da Black Whole chimes in with his own unique take on things:
http://ray222.wordpress.com/2009/04/29/in-the-likeness-of-molten-calm/#comment-158
and Lynn Hayes over at Astrological Musings was kind enough to acknowledge the Ceres connection as well:

We all need to be reminded that, indeed, it is a time of serial/cereal/Ceres killers. Thank you for this.

Looks like Mexico City is getting it from the gods today too. A 6.0 earthquake just hit about 115 miles south of the ancient city of the Aztecs.

The quickening quickens, that's for sure...Ceres, that is a good catch, thanks...signs are getting faster and closer, we are nearing something I believe, it will be an eventful year or two...thanks for paying attention, we all must be aware and yet without fear.

As always you are right on top of it Loren.

Angela, you are most welcome and I could not agree with you more. No fear! Aware but not afraid.

Interesting about the Cerealian pig sacrifice ritual. Egypt just killed all of their pigs.

...it appears that President Barack Obama came into direct contact with a recent victim of the killer flu on his recent trip to Mexico. Has anyone else noticed how bad things seem to follow this man around where ever goes?Oh totally, yes, I do notice that.

Also, the guy he met was an ARCHAEOLOGIST, who was photographed with a Mayan sculpture. As a profession, archaeologists are often linked to the intelligence agencies, secret societies, and groups which want to find and control ancient artifacts and shrines.