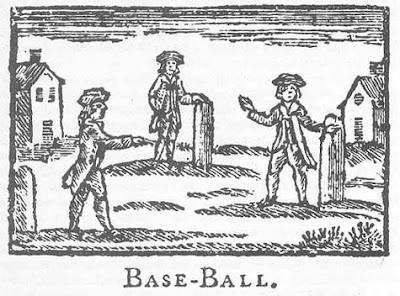 As a Nor'easter swept into Philadelphia last night sending the World Series into a historic suspension; which could possibly result in a game being played on Halloween...Vyzygoth and I spent about an hour and a half discussing the game, it's possible origins and some of the Masonic fingerprints on the game. Enjoy!

Sources for my discussion:

Baseball before be knew it: a search for the roots of the game by David Block
Occult Symbolism: As American as Baseball by Randy Lavello
Spalding's World Tour by Mark Lamster 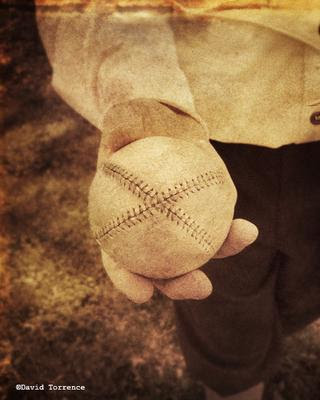 Special thanks to Vyzygoth for having me, and The Widow's Son of The Burning Taper!
Posted by FilmNoir23 at 9:04 AM

Look at this:
http://www.ufos-co.de/news_artikel/htdocs/modules/news/article.php?storyid=1525
Greetings from Germany

Very enjoyable show, especially as I occasionally visit the Surrey History Centre. I must visit again soon to have a look at Bray's diary.
My brother(a Canadian) used to play
for the Croydon Bluejays (also based in Surrey) and became their coach for a while.
As for myself, when the teams were picked, I was invariably put in left field because I was useless. Used to regularly freeze my butt off watching games at Candlestick Park, too.

Thanks 33_Hertz! Glad to have your comments. It was a highly enjoyable topic for me and Vyz as well...I hope to continue working with both Baseball and Football as topics. Both of which are highly symbolic in the modern world as the roots are...

Personal connection to any particular topic is always a highly motivating factor. If you find any interesting info around SURREY please let us know! I would love to get over there myself to investigate!

Thank you Todd! I love these little yet big revelations about things right in front of us, but just not considered. Really enjoyed this and the interview.

HEY, filmnoir23!
You have a great thread blog.
Notice that the AMERICAN LEGION sponsors amateur baseball all over the US.
See my blog (SOON!):on Roman Legions / MARIAN LEGIONS
http://actaeonsalch3my.blogspot.com/
Here is some SPORts (Roman Army) info
FOOTBALL
SATURN DAY (Saturday)
BORN 1/17/1934
Buddy Ryan former Head Coach
for PHILAdelphia EAGLES (Aquila) and later
CARDINALS (RED BIRDS)
http://en.wikipedia.org/wiki/Feb_17
SUNday 1/18/09
EAGLES vs. PHOENIX (Manly P.Hall)
Game Time (STAR/start point of G's AME-AIM)
3pm EASTERN Time
But
12pm WESTERN Time
FINAL SCORE
Phoenix 32 Eagles 25
Total = 57 = 12 = 3
MAIN PLAYERS
Phoenix
LARRY FITZGERALD (Receiver) #11
BLACK IRISH (see below sync)
http://www.youtube.com/watch?v=NKES-x9bexs&feature=channel
He is a 25yr.old/5yr veteran
is one of the more shy enigmas in the league, the kind of guy who ducks interviews and spends his off-season hiking the Inca Trail and climbing to Machu Picchu. He's the son of a Minnesota (Twin) sportswriter and broadcaster, and a former ballboy for the Vikings, who was raised to understand "it wasn't about the 'me,' it was about the win, the team," he said.
http://online.wsj.com/article/SB123207803343289089.html - his GRANDfather was/is an EYE DOCTOR
HE CATHES THE BALL W/ HIS EYES CLOSED!!! Quiet-eye technique
People don't realize it," says Mr. Johnson, Mr. Fitzgerald's grandfather, "but we actually see with our brains."
Although it was Tim Hightower who caught Warner's (TIME/WARNER/HBO SYNC) fourth and last touchdown pass, it was Fitzgerald who made two key grabs, on a 19-yard dash over the middle and a leaping six-yard snag, to put them into scoring position.
9 catches
152 yards
3 TDs
KURT WARNER (QB) #13 37yr old
Last w/ RAMS
Thank you Jesus!" over what seemed the world's loudest sound system, after which heavy metal blasted through the speakers like detonations, while fans in red and white twirled into candy cane patterns in the bleachers.
http://www.washingtonpost.com/wp-dyn/content/article/2009/01/18/AR2009011802576.html?hpid=topnews

Eagles (AQUILA) 8-8
Founded 1933 - With the Frankford Yellow Jackets franchise remaining dormant for an extended time, Bert Bell purchased the rights to a Philadelphia franchise in 1933. Named for a symbol of FDR's New Deal, the Philadelphia Eagles began play.
http://en.wikipedia.org/wiki/Blue_Eagle
MAJOR PLAYERS in game
MCNabb (BLACK IRISH/CELT) (QB) #5
Born November 25, 1976 in Chicago, Illinois
In week 3 against the Steelers, McNabb threw his 176th (Spirit 76) career touchdown passing Ron Jaworski (JAWS!) and becoming the Eagles all time TD leaders.
On January 18, McNabb and his Eagles were defeated by the Arizona Cardinals 32 - 25 in the NFC Conference Championship, ending their season. McNabb threw for 375 yards, with three touchdowns, and one interception from a deflected pass. McNabb also ran for 31 yards on two carries.
DeJEAN (of JOHN?) Jackson (WR) #10
DeSean Jackson (born December 1, 1986 in Long Beach, California
(12/1) He played college football at the University of California, Berkeley. He also played baseball and was scouted by both the Tampa Bay Rays and Philadelphia Phillies in his senior year. [1]
Throughout his freshman season, Jackson spearheaded the Bears passing attack, picking up 38 receptions for 601 yards along with seven touchdowns. He eclipsed the 100-yard mark three times. In the Las Vegas Bowl game against Brigham Young University, Jackson tallied 130 yards and two scores.
On April 26, Jackson was drafted in the 2nd round (49th overall) of the 2008 NFL Draft by the Philadelphia Eagles. He was the seventh wide receiver taken in the draft, which saw for the first time ever no wide receivers drafted in the 1st, round. 2008 was his ROOKIE Year.
Jackson had a good pre-season performance, which included a 76 yard touchdown punt return against the New England Patriots in Week 3.
On September 7, Jackson had an exceptional game, collecting six catches for 106 yards in a 38-3 win over the Saint Louis Rams. He also returned eight punts for a total of 97 yards, including one 60-yard punt return to set up a field goal. He had over 200 all purpose yards, a record for a rookie wide receiver. During a Monday Night Football game against the Dallas Cowboys on September 15, Jackson celebrated prematurely before running into the end zone by flipping the football behind him at the one yard line. This led to what would have otherwise been his first NFL touchdown to be challenged and overturned, with Brian Westbrook running in for a touchdown from the one yard line on the next play
On September 28, Jackson recorded his first offensive touchdown against the Chicago Bears.
His oldest brother Byron is a former San Jose State receiver who spent two seasons on the Kansas City Chiefs developmental squad.
NFL Network analyst Jamie Dukes gave Jackson the nickname "Fraction Jackson" due to his small frame and big play ability.
Jackson was featured on the cover of the PlayStation 2 version of NCAA Football 09

CHECK IN n DRINK UP!

great subjet ;) thanks from france