A ROD basks in her RAY of Light

All sorts of things have been predicted for the month of October, it is after all the month of Revolution...some have materialized and many other have not but one thing is for sure, it has been a remarkably bizarre 21 days thus far. With "All Hallows Eve" on the horizon (and an election of some sort) it's almost impossible to think that more strangeness isn't in store.

Take for instance, the current Major League Baseball post season...On October 14th the defending World Champion Boston Red Sox found themselves down 3 games to 1 (in a best of 7 series) after a decisive 13 to 4 defeat to the ALL TIME worst to first turn around team, the Tampa Bay RAYS (which by "coincidence" had been known as the DEVIL RAYS for their 9 seasons previous to this one); the winner of the series would become the American league representative in the World Series. 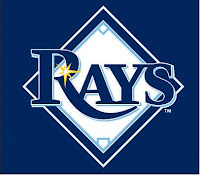 One day later (Oct. 15th), the well-known CITGO [CITGO incidentaly is owned by Venezeula, and one Hugo Chavez) sign outside Fenway Park in Boston caught fire, and it seemed all bets were off...Modern HOODOO? You betcha'...one evening later the impossible happened...the Red Sox overcame a 7-0 deficit in the 7th inning to force a deciding game 7 (DOW dropped 777 back on Sept 29th http://elluminati.blogspot.com/2008/09/bailout-rejected-dow-drops-777-points.html ). This comeback was second ALL TIME only to the 1929 World Series in which the Philadelphia A's overcame an 8-0 Chicago Cubs lead to win 10-8. Two of the big battleground states for the upcoming Presidental election are Pennsylvania and Florida, whose teams will now go head to head in the World Series. 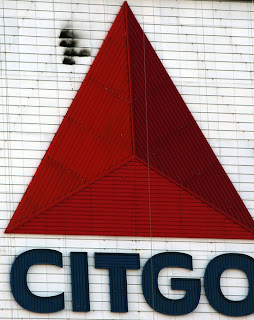 It was also announced last week that the self-proclaimed Messiah of the Kabbalah, Madonna was splitting from her husband, film director Guy Ritchie. This allows Madonna to persue her relationship with big league Superstar Alex Rodriguez aka A-ROD (wand or phallus) with whom she is stated to desire a child with. A-Rod, an ALL STAR New York Yankee 3rd Baseman (#13) has himself taken up the Kabbalah and has announced that he intends on writing a series of sports related children's books that will target the younger audience with Kabbalistic teachings.

yea this whole a-rod/madonna thing is creepy, all i can think is how did that happen.

Mars is in Scorpio, from

Mars entered Scorpio yesterday, and will be traveling through the sign that carries us into the shakti-shiva.jpgUnderworld through November 16. Mars is the ancient ruler of Scorpio - it helps to define the fiery emotional depths to which we descend when we are influenced by this magical sign. The modern ruler of Scorpio is Pluto, the Lord of the Underworld. Scorpio rules the time of Halloween - the ancient Samhain festival and the various Days of the Dead, where the veil between the worlds becomes thin and interdimensional communication becomes a reality rather than a mystery...