Bark at the Moon

The occult war that is being waged against humanity is certainly as old as time (or older), it has played itself out over and over throughout history, and it would seem that our own chapter in the Never ending story is likely to be written soon enough.

For those of you familiar with my work or many of the others investigating the symbolism/magical workings surrounding us will surely recognize the themes swirling across the globe over the past month and a half; with SIRIUS and the MOON being the two that in my mind have been most powerful. 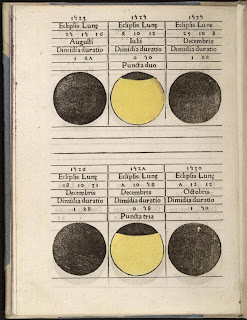 If recent scientific accounts are accurate, the universe itself is screaming at us...and if that isn't enough to wake the dead, perhaps Hollywood can enlighten us further. The release of "Underworld III: Rise of the Lycans" might tell the entire tale...Consider the epic battle between the Vampires (Blood-lined elites) and the bestial slave race; the Werewolves (The useless eaters). Sound familiar? It should...and if the symbolism, real-world pressures aren't mounting and pushing US towards a similar war here on earth, I don't know what else is going on...Researcher, and our man in London, Ben Fairhall also has been picking up on the Wolfy scent in the air since the Mumbai Massacre of November 26th but with a much different result...

The Crimson King (Part III)
Hollywood trend for 2009? Or an agenda/programming being shoved down our throats? "Terminator 4: Salvation", "Transformers 2: Revenge of the Fallen" (with an epic final battle at the Pyramids of Giza), "Wolfman", "Twilight 2: New Moon", and the X-Men spin off "Wolverine".
What really triggered this reflection, however, was not movies but the recent comment from former Vice Presidential candidate Sarah Palin made after the birth of her now infamous grandchild on December 27th (?). Ms. Palin's public statement was that she was "OVER THE MOON"...a phrase that, although I a familiar with, seemed oddly outdated to me. Researcher Goro Adachi's Mayan Palingenesis article covers the far reaching significance of Sarah Palin appearing on the world stage.


But was Palin's use of "OVER THE MOON" that antiquated? I thought so, until it dawned on me that it wasn't the first time I'd heard it recently. Back on November 14th, after the Indian Chandrayaan-1 probe touched down on the lunar surface officials stated that they were "OVER THE MOON" with their historic achievement. Some 12 days later India would again grab headlines as the Mumbai Massacre would infect us all, and ignite some of the most interesting research in recent memory [Loren Coleman here, and Ben Fairhall here]. The MOON seemed to have been playing a role in events there, as I covered in my own article "Helter Skelter Part I: Indian Style". I will quote Ben Fairhall's "Crimson King Part 1" now, as the relevance to my larger point will hopefully become apparent...

"Lunar continued to spin on her gyres, entraining bad behaviours in the minds of men. When G Madhaven Nair (Mid-Heaven and Air) 'gave the moon to India', all the tumblers fell into place, setting the cogs to whirr and the air over Mumbai to resound with the steady sound of clocks. When the curtain rose, when the full (new) moon hovered into place and the wolves were released, all the marionettes danced... But the moon does not belong to India, it belongs to Shiva (or She-va), from way before the world."

In an odd bit of foreshadowing or cosmic chicanery, stories of the 11 year old WEREWOLF of MUMBAI began hitting papers around November 20th, just six days before the real wolves were unleashed on the streets of India. Researchers at COLUMBIA University were treating the child who suffers from hypertrichosis with testosterone injections. "At the time of Pruthvirajs (Patil) birth, some villagers told his mother that she had given birth to a God, some thought that he was a supernatural creature, and some called him a bad omen due to his unique appearance." [of the 50 known cases worldwide a number of those suffering from the ailment live in India]

http://www.thaindian.com/newsportal/india-news/cure-for-indian-werewolf-boy-found_100121230.html
On December 12th, 2008 the spectacular Full MOON took center stage and virtually eclipsed the fact that it was Virgin of Guadaloupe Day. Not to be out shined, the Goddess manifested in her signature fashion which we refer to as the MARITIME signals :

It didn't end there however, on December 20th, French Yachtsman Yann Elies was rescued in off the coast of Western Australia (OZ), after an on board accident left him unable to physically continue his journey and on the verge of death, Mr. Elies as well as his rescuers publicly declared that he was "OVER THE MOON" to have been brought to safety.

Perhaps it is my own naivety as to the worldwide popularity of the phrase but when considered within the framework of the astrological and historic events that were also taking place during the same period, the words are actually feeding into the collective Unconsciousness.

Consider that December 21st, 2008 (see December 21st importance here) also marked the 40th Anniversary of the launch of the Apollo 8 mission, our countries first manned orbital flight to the MOON. It was several days later on Christmas EVE when the crew of Apollo 8 read 10 lines of GENESIS in a televised event [of note, a complaint was brought by atheist MADALYN Murray O'Hair (RABBIT) for this act]. A rather insignificant technical detail that occurred during the Apollo 8 mission has caught my attention...known as the "Unplanned manual realignment"...according to wikipedia:

Prior to the Dec. 25th return to Earth Astronaut James A. Lovell Jr. "used some otherwise idle time to do some navigational sightings, maneuvering the module to view various stars by using the computer keyboard. However, he accidentally erased some of the computer's memory, which caused the inertial measuring unit (IMU) to think the module was in the same relative position it had been in before lift-off and fire the thrusters to "correct" the module's attitude."

"Once the crew realized why the computer had changed the module's attitude, they realized they would have to re-enter data that would tell the computer its real position. It took Lovell ten minutes to figure out the right numbers, using the thrusters to get the stars Rigel and SIRIUS aligned, and another fifteen minutes to enter the corrected data into the computer."

It is here that we should begin to realign our focus to SIRIUS...so,bare with me.

The binary double star SIRIUS also has connections to the MOON and WOLVES (not unlike the character SIRIUS Black from Harry Potter)...In Chinese astronomy Sirius is known as the "Celestial Wolf", in Alaskan (Sarah Palin) Inuit culture "Moon Dog", and in Hawaii (Barack Obama) Sirius is called Ka'ulua and celebrated on the Winter Solstice (Dec. 21st 2008) as the "Queen of Heaven"....but perhaps the most fascinating connection to Sirius is with our recent point of focus SHIVA/SIVA. The Vedic Rudra of whom Mr. Fairhall has begun to invoke at the Daily Behemoth in his "Crimson King" series is represented as Mrgavyadha or the star Sirius! 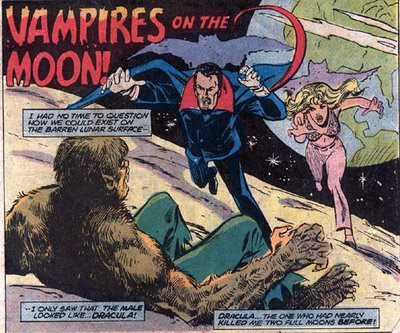 You have been warned.

Sync'ing..REALLY doesnt surprise me much. About an hour ago, I made a comment to a lady about the significance of a FuLL moon(In london, the moon is 96%). I mentioned that I feel cheerfull and my wereWOLF tendencies arise to new heights.

Oh, I read this and then Nakoa-Wolf, but it caught my eye because it's a 33 letter name. Also Patrick Swayze is to star in a new show called "The Beast" I like this thread

The number of letters in the child's name equals "33" as well!

Thanks for the heads up Loren!!!! Amazing stuff.

Glad to be of service Harun, thanks for checking in.

Ben, I await your news with baited breath!!!

A fantastic article. I was just musing last week about monsters and how between the Big 3 (vampires, werewolves and Frankenstein) werewolves were my favorite when I was a kid.

My recent posts seem to have more than a touch of the lunatic behind them, and the Christmas day attack Var and I suffered via a "wolfish" German Shepherd looms ever larger in my mind. It has occurred to me that "the flock" is guarded by a "reformed" (genetically altered and reprogrammed) wolf.

We also get the ceremonial "changing of the guard" at the White House this month, which makes me think of wolves in sheep's clothing.

During the press junket for "Underworld: Rise of the Lycans," Sci Fi Wire asked Rhona Mitra for her thoughts on a recent internet rumor which states that she is a potential choice to play Catwoman in the upcoming "The Dark Knight" sequel.

"I wouldn't say no!," she said. "I've actually [heard that rumor] quite a bit. As far as I know, they're not even talking about making another one [yet]. I don't know how those things get started and who says what and how all of the sudden that becomes information that's out there circulating."

Mitra added: "I thought that 'Batman Begins' was, far and away as far as I'm concerned, the best Batman ever. I thought it was very true to the comic books, and I think Christopher Nolan is just a genius."

When asked what her reaction might be if she were approached by director Christopher Nolan, Mitra said: "Are you kidding me? I would be over the moon to be involved in something like that. I don't know who wouldn't. I just can't imagine [me] being a reality. Would I accept? Of course!"

The BBC aired Dances With Wolves over the christmas period.

Interesting translation of the sanskrit word for Orion, Mrgavyadha. It means The Deerhunter. I vaguely remember seeing this film many moons ago but I wonder if rewatching it would throw up some sirius synchs.

You've gotten yourself all worked up over this, haven't you.

I don't doubt that there has been an occult war waged against us, but by looking for some overarching plan in the titles of movies, you trivialize the situation.

First, if there was some message sent in the titles of newly released films, don't you think it would appear in the titles of films that lots of people are going to see? Some of the titles you mention will probably be "straight-to-video" and only seen gathering dust on the shelves of Blockbusters.

Good work, generally, but there is enough truth in the field known as "esoterica" that it doesn't need to be tarted up with silliness.

Thanks for your opinion.

This may be a stretch, but when i saw the title of your post i thought it said "Barack at the Moon" (mostly cuz i got obama on the brain right now). Barack = Bark?