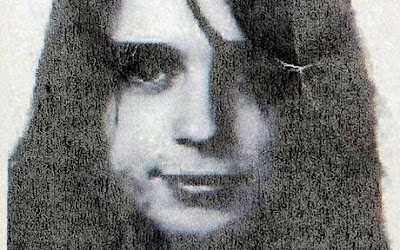 This is all a bit unreal for me at the moment...What is going on with the Dark Knight? This is just beyond anything...DON'T forget my previous work in this area...Rorschach/The Question resonates HIGHLY with recent events; and "The Watchmen" movie is coming down fast.

Of course, Loren Coleman has been all over this "Copycat" scenario.

Decapitation, Death and the Damned

Bill Thuther at Conspiracy Grimoire does the two-step all over our latest Virgina Tech situation...

Kim De Gelder, aged 20, was arrested last Friday shortly after stabbing two babies and one of their carers to death in a gruesome attack that has stunned Belgium. He was dressed and apparently wearing make-up that gave him the appearance of the Batman character the Joker.

Investigators are examining whether the attack was timed to mark the first anniversary of the death of Heath Ledger, the actor who played the Joker in the film Batman, The Dark Knight.

It has emerged that when he was arrested, Mr De Gelder's only words were: "I have a question".

The words echo a scene in Batman: the Dark Knight when the Joker violently gatecrashes a party looking for a the fictional attorney general of Gotham City, Harvey Dent.

"I only have one question: where is Harvey Dent? I'll settle for his loved ones," says the character played by Ledger, before threatening a woman with a knife.

Patrick De Mey, the police officer who arrested Mr De Gelder, described the suspect as being in a passive and trance-like state.

"When I asked him to step off his bicycle and put his backpack on the ground he obeyed perfectly," he told the Gazet Van Antwerpen.

"But in answer to my questions, he clearly had no understanding. He continued to stare at me all the time with wide open eyes and a large grin on his face."

Mr De Gelder has been described by former schoolmates and work colleagues as a "film freak" and "movie addict".

Since his capture, he has not spoken and has gone on hunger strike.

He was reported to be on an intravenous drip in a medical facility in a prison in Bruges on Sunday night.

Ledger died of a drug overdose on Jan 22, 2008, a year and a day before Mr De Gelder is accused of carrying out the attack.

According to witness statements and police drawings, the suspect had painted his face white, blackened his eyes and had coloured his hair red.

His gruesome and bizarre garb prompted investigators to make the Joker comparison and make a link to another cult Goth film, The Crow, which inspired Ledger in his Batman role.

Belgium's Le Soir newspaper has even speculated on the significance of the fact that the name Gelder is an anagram for Ledger. [Our trade gone mainstream???]

The Fabeltjesland, or Storyland, creche in the town of Dendermonde where the attack took place has been permanently closed to prevent children and parents being "constantly confronted with the buildings where the attack occurred".

Corneel Vermeir, aged six months, Leon Garcia, nine months, and their carer Marita Blindeman, 54, were killed on Friday when the assailant entered the creche and began to slash at the children and their adult supervisers.

Sources have said that when Mr De Gelder was arrested he had the addresses of three other creches on his person.

The theory that more attacks were planned is supported by evidence that the suspect was armed with three knives, an axe and a replica pistol.

Mr De Gelder will be examined by three psychiatrists before a closed court hearing on Tuesday decides if he is mentally responsible for his actions.

The young man, who lived his whole life within three miles of the family home, in the Eksaarde district of Sinaai, has emerged as a troubled loner.

Former classmates at the Roman Catholic Sint Carolus school, in the town of Sint Niklaas, described him as a fan of Goth music who could sometimes behave oddly.

He was nicknamed Satan because of his long black hair.

Mr De Gelder studied to become a chemist's assistant and successfully completed his exams in 2006.

I don't know- I have gotten such a bad whiff off of that film since I saw the first teaser trailer. And I still do. Everyone seems to disagree with me but this latest atrocity bears out my suspicions. There is a very dark energy emanating from that film, and to be honest I still don't understand why it was such a blockbuster.

And I still think The Prestige is an ugly, sociopathic film. In fact all three of Nolan's films have felt very inhumane. A similar thing happened to Frank Miller after his Dark Knight- his work lost all sense of morality and humanity.

I am glad someone else was bothered by the film. I actually saw it opening weekend. I am still having nightmares about it. My husband wants to buy the dvd, but every time he picks it up, he puts it back. Once you dance on the dark side, you cannot come back. That is why all of Frank Miller's films have lost all sense of morality and humanity.

I agree that something very sinister is coming from the Dark Knight but I'm not sure I can 100% say that "dancing" on the dark side dooms one to remain there in some foul eternal damnation or something...

I mean...it's really impossible in my mind to fully even understand what a dark side is unless you have crossed into it, experienced it to some degree or at least glimpsed into it's being...

You ever dance with the devil in the pale moonlight?

Tend to agree with you there, Todd. There's nothing so 'dark'- so repressive and soul-destroying- as someone afraid to confront what lies inside them, and all of us.

The Shadow has to be reintegrated if any of this is going to stop.

I think Michael Tsarion really hits that home too in his research/belief system.

To Geld = to castrate an animal

Great thoughts on the Dark Knight. I was left disturbed by it, but also intrigued. I'm with ben on the integration of the dark.

Facing your depravity is terrifying, but it's there and has to be done. I think the inhumanity of his films might be more human than we care to fess up to?

There's a message, it just depends on your perception of it.

I hope that you will all grant me a minute or two to contradict the idea presented above by a few that there is a darkness or depravity hidden inside all.
A study of the history of those who engineer warfare really puts the lie to that; the lengths they have had to go thru to even get normal folks to kill; the damage that is done to your average soldier - most of those returning home from the battlefield are broken beyond repair - - - BECAUSE they were not not really able to kill. Being made to do so undoes them.
The average and common person is wired for compassion and sympathetic emotions.
But there is a percentage of psychopaths among us - higher than you think - who are wired completely differently. And it certainly is of benefit to them to perpetuate the "darkness within" meme.
Don't fall for it
Reject it
believing that is one way they get their hooks into you.

Sorry. I forget that some people haven't read my writings or heard me speak. What I meant was, once you make dark movies, you can't come back. Your audience will abandon you if you do. And to keep your audience, you have to keep making darker and darker movies. I believe this takes a toll on your soul eventually.

I believe we all have a dark side. But, we all also have a light side. We struggle to keep them in check, but sometimes the dark wins.

As a further note, my son watched this movie with his youth group (14-18 year olds). When the pastor turned on the lights after the show, he said all of the kids had a horrified look on their faces. There is something wrong with this movie.

I very much appreciate your comments and willingness to share them here.

However, I still take issue with your basic principle.

I think plenty of Directors (which is who I assume you are speaking of)are able to jump around in "mood" quite freely.

I'm not quite sure why a Pastor would be showing this to a teen group anyway (something odd to begin with there)...sadly anyone educated in the "Dark Knight" story would likely realize that this is a much different Batman than the one my generation and before grew up on as kids...it is very much an "adult" vehicle.

I do think there is something VERY Dark (it tells us so in the title even...) attached to this film, I agree with Know Nothing's take when he says "I think the inhumanity of his films might be more human than we care to fess up to?"

I am really not planning on continuing with an exploration of the nature of light/dark in the human soul however...that is better suited for a forum somewhere.

All comments are still welcomed but I will NOT be debating topics.

We are the darkness, and the light. Great stuff Todd, why debate the un debate-able?

"There is a very dark energy emanating from that film, and to be honest I still don't understand why it was such a blockbuster."

Chris, maybe you are answering your own question.

I agree with Dave, I spoke to my Grandad in depth about the 2nd world war and killing other humans.


Know nothing, "why debate the undebatable". Classic Orwellian.

Thanks for your post. I knew when I saw the trailer for this that I wouldn't be seeing the movie... it oozed energy that I couldn't/wouldn't willingly surround myself with (let alone pay for the experience).

By the way, did anyone else note that the name of the children's care-giver? Marita ("star of the sea") Blindeman (interesting when you consider the phrase blind as a bat[man]).