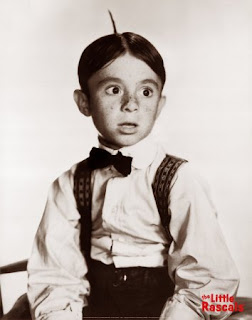 Change? Let's not fool ourselves folks...the only things that really changes are the prices WE pay for things, and the revolving door of Elites we elect to represent us in Hallowed Halls all across the nation.

The Annual Alfalfa Club (founded in 1913) or more to the point, the celebration of Southern General Robert E. Lee's birthday, takes place this weekend in D.C.

http://www.politico.com/news/stories/0109/18161.html
Sharing the stage this year...Barack Obama and Sarah Palin. If you wanna know the vibe around this little get-to-gether consider that women weren't allowed to attend until 1993-94 (Hillary Clinton), although blacks actually were allowed to swill grain alcohol and make libations to dear old Robert E. Lee all the way back in the 1970's. I guess the times are a changing after all. The name "Alfalfa" is supposedly in honor of a plant known to do anything for a drink.

An exclusive Washington, D.C. club for the rich and powerful, founded in 1913. Its sole purpose is to hold an annual banquet each January honoring the birthday of General Robert E. Lee. There are approximately 200 members. Each member is eligible to bring up to two guests to the $200-a-plate dinner. The club always serves filet mignon and lobster.

No press coverage is allowed inside the banquet hall and the proceedings are ostensibly secret, but the Washington newspapers always seem to get a fairly detailed blow-by-blow description anyway. Regardless, the congenial atmosphere lends itself to politically-incorrect humor. In essence the event is just another roast, providing one more showcase for Washington bigwigs to unveil their professionally-written jokes.

In 1917, club member H. Ralph Burton published a 12-page booklet entitled The Origin, History and Object of the Alfalfa Club. As described by a rare book seller: "The author proposes that the truth about the alfalfa club was written in a remote section of the Rosetta stone."

According to wikipedia: In essence, the Rosetta Stone is a tax amnesty given to the temple priests of the day, restoring the tax privileges they had traditionally enjoyed from more ancient times.

The following list includes only bonafide inductees of the club, and not any of their invited dinner guests. The year of induction may be found inside each individual member's profile, when available.

Alfalfa Club, I grew up watching the little rascals (encouraged by my dad)-lol.