The bricks are coming down...

Another gruesome murder/suicide, this time in Los Angeles, California...a man apparently killed his wife and 5 young children before turning the weapon on himself. This would be the third such "financially" motivated event in California in the past 4 months.

In a note discovered by Police on the scene (which had apparently been faxed to a local TV station prior to the killings), the man (yet unidentified) described his wife and himself being terminated from their jobs as medical technicians with Kaiser Permanente...being told by a supervisor that they should have "blown their brains out", and in true Masonic gesture closes his murder/suicide letter by inquiring "Oh lord, my God, is there no hope for a WIDOW'S SON?" [Emphasis mine] ...as writer Loren Coleman pointed out to me "The Masonic distress code"

The Widow's Son is Freemason code for Hiram Abiff, chief architect (i.e. "master mason") of Solomon's Temple, who was murdered by three jealous builders. However, the term "The Widow's Son" equally applies to Jesus Christ, Merlin, and Perceval--interestingly enough, who are all integral parts of the grail romances, particularly that of Robert de Boron's Le Roman du Graal.

The Widow's Son is he who is born without a father to raise him. He is often raised away from society, which gives him special powers unknown to most people. He is special, chosen by God to fulfil the divine plan which is still being sought out by Kabbalists. 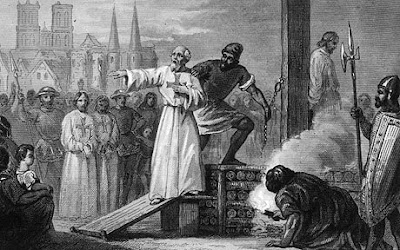 The man has been identified as Ervin Antonio Lupoe (Lupe meaning WOLF), along with his wife Ana and five children (two of which were twin boys). ***EDIT***There were 2 sets of twins. Male and female.

Something is starting to stink...

The children's father is believed to have killed the children and their mother before calling 911 and contacting a local television station, KABC, by fax. He told dispatchers he found his family dead but told the station he had killed them, said Deputy Police Chief Kenneth Garner.

"There is a disconnect but we believe our suspect is the one who called," Garner said.

Here is a redacted text of the letter sent to KABC-TV by Ervin Lupoe.

"To whom it may concern:

"To start off about this tragic story, my name is Ervin Lupoe, my wife Ana Lupoe, my eldest daughter Brittney Lupoe-8yrs, my twin daughters Jaszmin, Jassely-5yrs, my twin boys Benjamin, Christian 2yrs 4mo.

"We worked at Kiaser (sic) Permanente West Los Angeles. My wife as a mammo. Tech. damn fine one ask everyone including the physicians. My new position as a Special procedural tech. My position was a fight to get, in fact had to file a grievance with the union for discrimination and HIPPA violations, then another administrator had to correct the DA (redacted) regarding the union procedures, the ADA who did this is, I truly believe is the reason, well not the whole reason, but added kindling to the fire, why we are dead, (redacted).

"Well my wife and I were being investigated for misrepresentation of our employment to an outside agency for the benefit to ourselves's, childcare. When after we had our initial interview on Dec. 19th. It seems our fat with the company had been decided on Dec. 22nd, yet on the 23rd, I was told by my administrator, (redacted) that, `You should not even had bothered to come to work today you should have blown your brains out.' After such admonishment from my administrator, assuming there had been a decision reached, I contacted my union rep. who stated goto HR and inform them of the incident, and to the union reps. knowledge there was no decision made.

"We returned Kiaser (sic) Permanente's property prior to leaving the facility, yet the company could not provide us with our license's so that we may look for other employment. I let the (redacted) of the facility know what was occurring yet she stated there was nothing she could do but refer us the HR or our union rep. We were told by (redacted) that we should have received our license's as they were mailed, yet we did not and when we attempted to reach her concerning the matter and unable to reach her, again we reached the assistant administrator of the facility who again stated the same to contact HR. We stated we have attempter (sic) but there was know response. Then when (redacted) reached us, she stated don't contact (redacted) ... any more concerning any problems.

"So after a horrendous ordeal my wife felt it better to end our lives and why leave our children in someone's else's hands, in addition it seems Kiaser Permanente want's us to kill ourselves and take our family with us. They did nothing to the manager who stated such, and did not attempt to assist us in the matter, knowing we have no job and 5 children under 8 years with no place to go. So here we are.
"Ervin Lupoe

"(Handwritten:) Oh Lord my God is there no hope for a widow's son!"

All these individual stories- minor in themselves- amount to one great big shakedown, as your introduction suggests.

Yes, I would agree that although extremely TRAGIC individually what we are seeing is merely the beginning.

This is nothing more than what Nancy Pelosi is calling for. Eight more people that won't be a burden on the system.

A great point, and one that will be addressed soon enough. Thnanks!

Can you explain exactly what you're talking about? How this relates? It's not the democrats that cut the safety nets and workers rights.

If you are getting into a Dem/Rep panty bunch cool your jets...because you'd be missing the point.

It was Pelosi's statement that birth control (a guised move towards population reduction via culling) would help improve the economy...

Wow, great find. I can't help but wonder when this 'streak' will end.

Thank you for examining the broader context of the vortex we find ourselves in, as opposed to the minor politics that gets the mainstream headlines.

I appreciate you stepping back from and pointing out the cañón, the canyon, literally the abyss, so your thoughtful eye can share what is in front of us and, perhaps, creeping up on us too.

The Widow's sun find is blowing my mind.

Is this the Yin to the Yang of the promises of the New World Order?

Who are these dark necromancers and why are they plying their trade now?

Is Widow's Son a signature that this was dark Freemasonic ritual, or was it meant to send a message to the Freemasons that are actually trying to build a new America?

The mark of Wolf is there - but did the wolf kill them, or were the silver bullets that killed this family (including a double set of twins - that's 22 again - the Joker's number) meant to be a message to the wolf?

I don't know. But we're getting smarter, and better at reading these symbols, and that offers a little comfort in these dark days.

My blessings to this poor family. There suffering did not need to happen. May the find a greater love.

Anton Lavey's daughter founded a society called something like, "The Werewolves" - can't remember the exact name off the top of my head.

Also in Nazi Germany, there was a group called "The Werewolfs" which was supposed to keep the ideals of Nazism alive.

Great post, Todd. The end of the note is too much... Definitely reeks of deeper motives.

I have also heard it means "Air/Wind" and "Princess".

Anyone ever find out if in fact Lupoe was a Freemason?

"He is special, chosen by God to fulfil the divine plan which is still being sought out by Kabbalists"

any more references or material on this point? are they searching the widows son or the divine plan?