"What led to the attack is also a mystery: About seven other people who were in the coffee shop told police that the two hadn't been arguing before the attack. Beisecker said there hadn't been previous signs of trouble between them.

However, a Chinese-language blog was written earlier this month under the name Haiyang Zhu, and displaying the same photo of Zhu by authorities in Virginia. The author expressed frustration over stock losses and other problems in the blog, dated Jan. 7.

"Big stock losses. Recently I've been so frustrated I think only of killing someone or committing suicide," the posting reads."

***STAY TUNED***
Researcher Loren Coleman has responded with this summery of events:
http://copycateffect.blogspot.com/2009/01/decapitation-death-and-damned.html
The Black Mound city of the Virgin was shocked again last evening...The Watchmen Awaken?! It appears we may have come full circle with the decapitations as well. Today (Jan. 22nd) marks the 1 year Anniversary of Heath Ledger/Joker's death.

My previous work on Virgina Tech. Massacre of 2007 can be found at the following links:

A female graduate student at Virginia Tech was killed Wednesday night when a man she knew attacked her with a knife and decapitated her, a school spokesman said.

Virginia Tech spokesman Mark Owczarski said Thursday that Xin Yang's killing was the first on the campus since April 16, 2007, when a shooter killed 32 people before turning a gun on himself.

Yang, 22, from Beijing, China, was killed at the Au Bon Pain (At The Good Bread aka PANERA or PAN era)restaurant in the Graduate Life Center at around 7 p.m., school spokesman Larry Hincker said in a written statement.

Campus police took Haiyang Zhu, 25, into custody at the scene. The Ningbo, China, native has been charged with first-degree murder and is being held without bail at a local jail, Hincker said.

Zhu did not say anything to the arresting officers, said campus police Chief Wendell Flinchum. 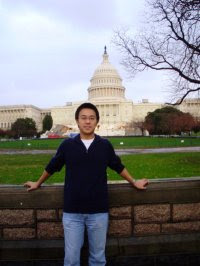 Seems that wasn't the only decapitation to fall on or around the anniversary of Ledger's demise:

I think someone needs to hit some Chinese lore and see what might be going on here. This happened here, but it feels like someone else's story.

As noted, this is the anniversary of the death of Heath Ledger, "the Joker". There has been another killer clown event, with children knifed to death at a kindergarden in Belgium, by an assailant with a painted white face and darkened eyes.

Thanks for the heads up. I'm taking a long look at this one. There's some VERY interesting history here. As well as some very interesting associations with all the names.


I'm stoked to read the Coleman article. The copycat effect on this one goes back ALOT further than Ledger.

Virginia Tech is vertible fount of dark energy, built on a dark spot in a America.

I"m reading your three posts on the 2007 shooting and saw this:

Virginia Tech's mascot is The Gobbler.

I'm linking to your work on this.

George bush likes men with baldy heads and so as its not too much a stretch of the imagination to say that he is a or perhaps THE GOBBLER.

I was sort of hoping this particular meme- the decapitation thing- was all played out.

Guess I was wrong.

Da Black Hole has written a great article on VTech, too.