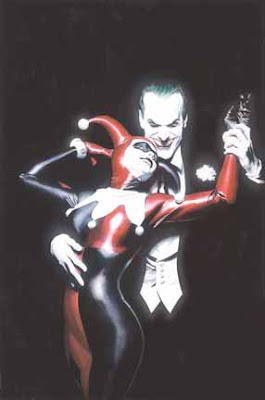 TOWN OF RESEBURG, Wis. - Sheriff's authorities say a Thorp man painted his face like the Joker in the movie "The Dark Knight" and then attacked his ex-girlfriend's new boyfriend as the couple slept.

A criminal complaint filed in Clark County says 26-year-old Cole Vetterkind broke into Jason Benzschawel's home in the town of Reseburg last Saturday along with another man, then started choking Benzschawel as he slept with Alecia Swensen.

Benzschawel says his attacker was wearing a ski mask and when it was removed he saw it was Vetterkind, with his face painted like Batman's nemesis.

The complaint says Benzschawel grabbed a loaded shotgun and shot Vetterkind in the leg while Swensen ran to get help.

Authorities say Vetterkind's accomplice drove him to a hospital in Stanley and he was later airlifted to Saint Joseph's Hospital in Marshfield.
------